Takeaway: There has been a surge in acquisition interest in technology-related companies from private equity. This article examines the change in approach that was required in order for them to compete with strategic buyers. 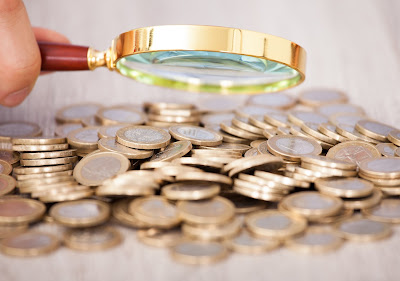 The majority of our sell-side M&A engagements are in representing software, information technology, healthcare technology and other tech firms where a good deal of their value may not be reflected in their financial statements alone. Owners of these types of companies want to receive value in excess of the standard EBITDA multiple based on owning intellectual property that could be leveraged by a larger company with greater distribution capabilities.
I must admit that, in my earlier years, my perception of private equity groups (PEGs) as being very 'by the book' in terms of company valuation discouraged me from marketing to them as aggressively as I typically approached a strategic buyer. I always felt that my strategic positioning fell on deaf ears and they just wanted to see the numbers.

PEGs Are Changing the Way They Look at Tech Companies

There has definitely been a shift in the approach that PEGs are taking to evaluating, bidding on and ultimately buying tech companies. PEGs are already formidable bidders because of their deep pockets and financing capabilities. Now that they are matching or exceeding the bids of strategic industry players, they are winning more deals in the technology space. So the availability of funds risk is largely removed for the anxious seller who may receive a similar valuation from a strategic industry buyer, but questions whether the PEG can come up with the cash.

The interest of private equity groups in technology companies recognizes that there is tremendous potential for growth. In the old days, PEGs would negotiate and attempt to paint all their acquisitions with the EBITDA multiple brush. This is a totally inadequate valuation methodology when comparing a slow growing bricks-and-mortar company to a rapidly growing digital company. In fact, Wall Street has developed an improvement on the PE multiple with the PEG multiple. It stands for the price/earnings/growth multiple, and attempts to quantify the value of rapid growth into the valuation metric. It helps explain why a rapidly growing company like Facebook or Google sells for a higher PE multiple than a more mature, slow and steady grower like Xerox or Walgreens. PEGs Are Involving Their Platform Companies in Tech Acquisitions

Another subtle shift in the PEGs' behavior is that they are involving their tech platform companies in the acquisition very early in the process. In the past, this involvement was more behind the scenes and more of a division of functions. The attitude of the PEG was that they are the experts on acquiring businesses and their platform company was the provider of operational excellence.
I suspect that after numerous deal losses at the hands of the strategic industry buyers, the PEGs had to become more like an industry buyer by involving their subject matter experts from their technology platform company. This has had an amazing impact on the sellers. Having someone that understands your company and its potential is much more pleasing than defending every nickel of your transaction value to a financial buyer.

By involving the technology platform early in the process the emphasis has changed from one of financial engineering and cutting to one of leveraging assets and synergy. This new approach is looking for the combination of strategic assets to achieve 1+1=3. By expanding their vision, PEGs are recognizing the value potential created by cross-selling to each other's client base, improving time to market on an important upgrade, an improved customer acquisition model that could be employed by the larger parent company or adding the new capability to their current offering and making it more powerful than their major competitor's offering. The financial rigor and discipline will still be there with the PEGs' involvement, but that is no longer the sole focus in the negotiations.

A Change in Acquisition Approach Was Needed

So the new and improved PEG approach to acquiring small tech companies was necessary because they were not winning enough deals. The win percentage has gone up considerably because they are shifting their focus to growth potential and recognizing that they will have to pay for some of that potential. In our last two deals for Managed Services Providers (one in 2016 and one in 2017), the winning bidder was a PEG with an MSP as a platform company.
In a recent deal, a PEG was the winner in a competitive bid against some other PEGs and several strategic buyers. The successful PEG put their tech company CEO front and center on the deal discussions, conference calls and corporate visits with the sellers. The sellers felt understood and valued for what they had created. The buyer recognized that their small target had some valuable intellectual property, not in their technology, but in their business model. Their approach to landing new accounts was very effective and superior to the approach of the buyer. The buyer felt they would benefit by implementing this superior new account sales approach. They won the bid because they fostered this understanding and mutual feelings of respect. 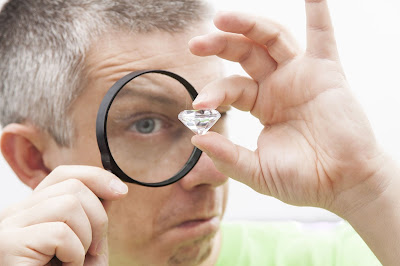 Make a Little More Room for a Higher Bid

Private equity groups have a secret weapon that should enable them to be more competitive in these deals that previously were won by the strategic buyers. It is called the large company premium versus the small company discount.
Their model is to originally acquire a platform company with a value of $30 million. For this example, let's say that the baseline EBITDA valuation is 8 X. Now they go out and seek ad-ons that may be in the $3-$8 million dollar range. Those sized companies will generally sell at a discounted EBITDA multiple compared to the large company multiple. In this example, let's say that is a 5.5 X multiple. Here is where their magic happens. By virtue of acquiring the smaller company and adding it to the larger company, its EBITDA now is valued at the much higher multiple of the larger company. So if the selling company had an EBITDA of $1 million and were valued prior to the acquisition at 5.5 X, the value is $5.5 million. On the day of closing, that company (as a part of the bigger company) adds $1 million X 8 for a value of $8 million. $2.5 million in value was created out of thin air.
So he next time you are in heavy negotiations with a PEG, remember they have a built-in upside and a little more room to come up with some additional strategic value.

Dave Kauppi is a Merger and Acquisition Advisor and President of MidMarket Capital, providing business broker and investment banking services to owners in the sale of information technology, software, and other technology based companies. Dave is also the editor of the Exit Strategist Newsletter and author of the Book Selling your Software Company - An Insider's Guide to Achieving Strategic Value
Posted by Dave Kauppi at 5:12 PM No comments: 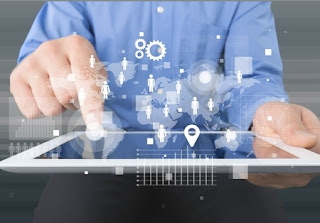 ·         An Automated Chat Agent: that uses a form of artificial intelligence (Natural Language Processing) to respond to text input from a visitor and behave like a real live (human) chat agent on a website.
·         Operates Autonomously 24x7: engaging with website visitors, capturing their contact information and main questions and sending that information to the business for follow-up.
·         Current Install Base: 180 users through: 1 major white label partner, 3 small partners, and 7 direct end-users
·         Technology Has Proven to Increase Lead Capture: for a number of industry verticals by a factor of 2-10x.
·         Rapid Set-Up: Allows basic version of automated agent running in less than15 minutes for general businesses and several vertical markets companies (company developed templates available)
·         Chat Highly Effective at Engaging Website Visitors: and it is a rapidly growing market with 52 million websites already using live chat.  However, small-medium businesses do not typically have the manpower or resources to man live chat 24x7 so an effective automated service is highly attractive for these businesses.
·         Focus on Lead Generation: focus on lead generation for small-medium businesses.  Greater than 95% of a website’s visitors do not engage with the business – this is the main problem we’re solving.  We’ve setup our system to engage a website visitor more effectively than live chat or simple pop-ups so that we can capture more leads for that business.
·         Simple and non-technical:  Other AI agent solutions are complex and require a higher level of technical sophistication to setup, deploy, and maintain the agent.  Our solution is simple, easy, and does not require special technical or marketing skills.  You don’t need PhD’s to setup and maintain the system or professional copywriters to script the agent.  We’ve taken the guesswork out.  It’s turnkey.


·         Modular Technology Platform: The way we have created our tech platform we have a type of technical ‘shell’ that lets us plug-in to more advanced AI/NLP systems. We currently have our own NLP.  However, as 3rd party specialty NLP providers become more sophisticated those capabilities can be added to the system. It is setup to add these providers (like Watson, Rasa.ai, etc.). A strategic acquirer gets the benefit of having something that is ready to deploy now and also a technical architecture that is a foundation to build upon if they choose.

Dave Kauppi is a Merger and Acquisition Advisor and President of MidMarket Capital, providing business broker and investment banking services to owners in the sale of information technology, software, and other technology based companies. Dave is also the editor of the Exit Strategist Newsletter and author of the Book Selling your Software Company - An Insider's Guide to Achieving Strategic Value
Posted by Dave Kauppi at 11:33 AM No comments: 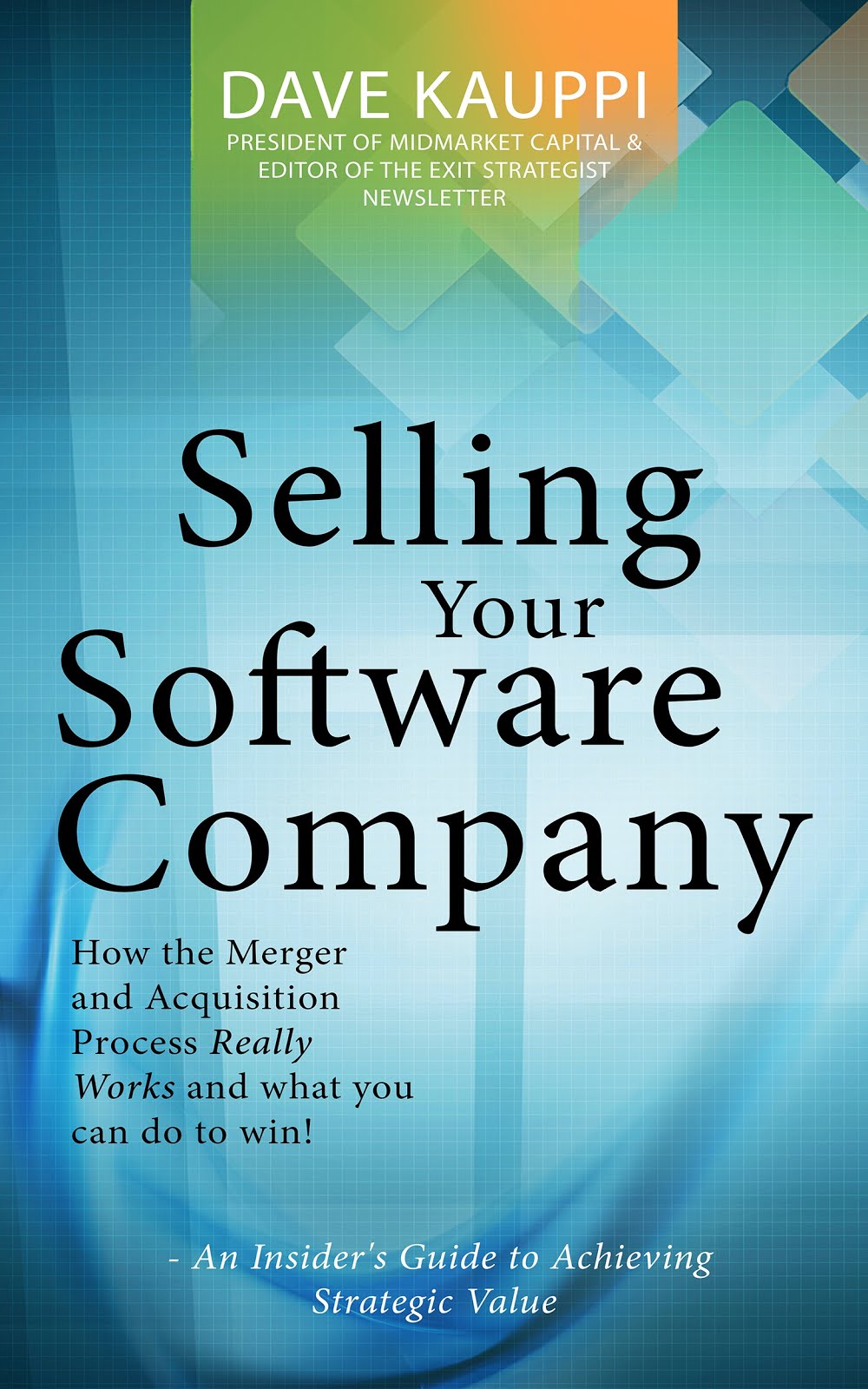 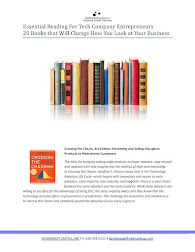